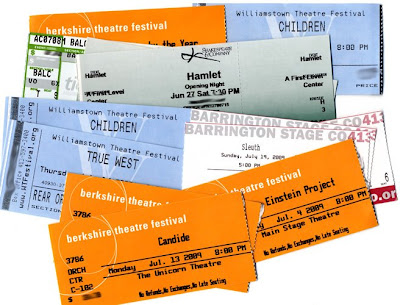 For those on a budget there are many ways to save on theater tickets. You can volunteer to be an usher, or man the snack stand in exchange for free admission. You can check out the availability of half price tickets at any of four locations of the Berkshire Half Tix Program.

And now, the four major companies have launched a scheme where you can get $10 off a ticket purchase for their main stage productions. 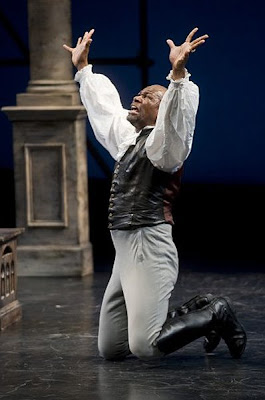 Othello stars the brilliant John Douglas Thompson at Shakespare & Company until September 6. Kevin Sprague Photo.
Barrington Stage Company, Berkshire Theatre Festival, Shakespeare & Company, and Williamstown Theatre Festival are excited to announce a collaborative effort to provide more affordable theater opportunities for residents of and visitors to Berkshire County. While all four theaters currently have a variety of ticket options designed to make performances more affordable—from special discounts for County residents to rush tickets—the foursome saw an opportunity to collaborate as a group in an effort to provide even greater accessibility. 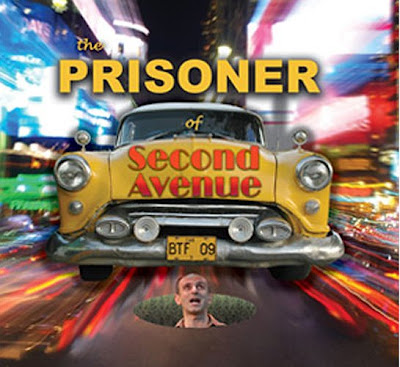 Prisoner of Second Avenue at Berkshire Theatre Festival until August 8
For the 2009 summer season, the four theaters are launching a ticket stub discount program to kick off the collaboration. All four theaters will offer discounted tickets to provide greater accessibility to theatre goers and to encourage patrons to attend productions at multiple venues. Patrons simply purchase a full price main stage ticket at any participating organization and retain their ticket stub. They may then turn in that ticket stub at any participating organization’s box office within two weeks of the performance date noted on the stub to receive $10 off the purchase of a full-price main stage ticket at that participating organization. That second stub may then be used within two weeks of its performance date to receive $10 off the purchase of yet another full-price main stage ticket at another participating theatre. The offer is valid for all main stage events at the four theaters, with the exception of one-time special events. Tickets may be purchased over the phone or in-person at each theater’s box office. 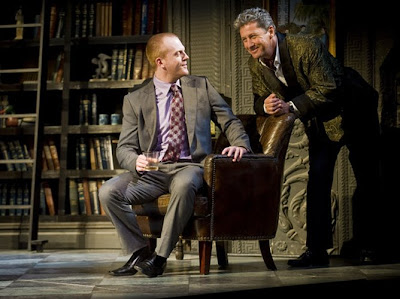 Jeremy Bobb (l) and Charles Shaughnessy (r) keep audiences on the edge of their seats in Sleuth playing Barrington Stage until August 1. Kevin Sprague Photo.
The four theaters were a natural fit for a collaborative effort—all four are producing theaters with full summer seasons of ongoing programming, and each provides educational and training programs. Additionally, all four theaters have similar ticket prices, making a joint ticket offer, such as the ticket stub discount, an easy program to implement. 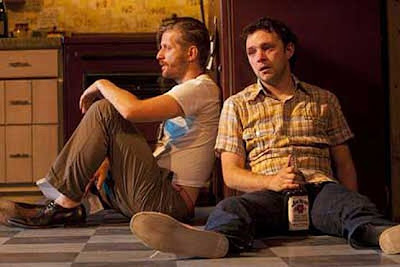 True West with Paul Sparks (l) and Nate Corddry (r) at Williamstown Theatre Festival until July 26. Photo by T. Charles Erickson.
The ticket stub discount program is just the first initiative of the collaboration, with plans for future initiatives already underway. The group intends to not only provide increased opportunities for patrons to see theater at an affordable price, but to work together to create greater visibility for the outstanding theater produced here in the Berkshires. The ticket stub discount program will launch on Monday, July 13th and will run through September 5 (noting that WTF season ends on August 23, and BSC and BTF’s seasons end on August 29).
Box Offices: