"Nicholas Nickleby" finally gets its N.E. Premiere at Lyric Stage 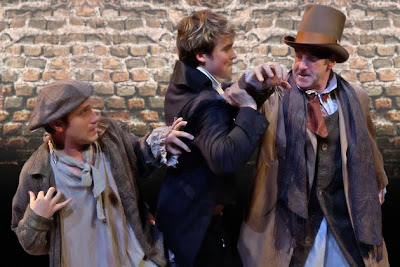 It's only taken thirty years and one of Boston's bravest theatres to undertake a full scale production - running over two nights - of the legendary Nicholas Nickleby. It premiered in London in 1980, created a sensation in New York where it opened in 1981 and then mostly sunk from sight. This is a play that requires huge resources.

So we take our hat off to the Lyric Stage Company of Boston as they debut the New England premiere of the Olivier and Tony Award winning theatrical epic, The Life and Adventures of Nicholas Nickleby Parts I & II October 21 through December 19, 2010 Called “the theatrical event of a lifetime,” by American Theatre Magazine, "love, sex and money, poverty and exploitation, hope and despair: Dickens' world is vividly brought to life in David Edgar's adaptation of his 1838 novel." The Times, London. 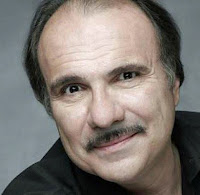 According to Producing Artistic Director Spiro Veloudos, “this extraordinary piece has never been produced in New England and we are pulling out all the stops for this remarkable two-part play with music featuring over 150 characters.” He adds, “the new, shorter adaptation streamlines the narrative, and captures Dickens' genius for combining exuberant characters, theatrical spectacle, and genuine emotion.” 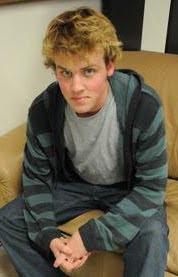 Left penniless by the death of his father and young Nicholas Nickleby assumes responsibility for his mother and sister and seeks help from his Scrooge-like Uncle Ralph. Instantly disliking Nicholas, Ralph sends him to teach in a school run by the sadistic Wackford Squeers. Nicholas decides to escape, taking with him the orphan Smike, one of Squeers’s most abused young charges, and the two embark on a series of adventurous encounters with an array of humanity’s worst and best—greedy fools, corrupt lechers, cheery innocents, and selfless benefactors.

Lyric Stage Company of Boston is located at 140 Clarendon Street, Boston. Performances are Wednesday, Thursday and Friday evenings at 7:30 pm, select Wednesday matinees, 2 pm (Part I: November 3, December 1; Part II: November 10, December 8), Saturdays at 3pm and 8 pm and Saturday and Sunday matinees at 3:00 pm. Performances of both parts will be in rotating repertory, with five “marathon days” (November 13, 28, December 1, 4 and 18) where Part I and Part II will be performed with a 2 hour dinner break. Tickets range from $29 to $56 and are available by calling the box office at 617.585.5678 and online at www.lyricstage.com.
Posted by Larry Murray at 9:27 PM